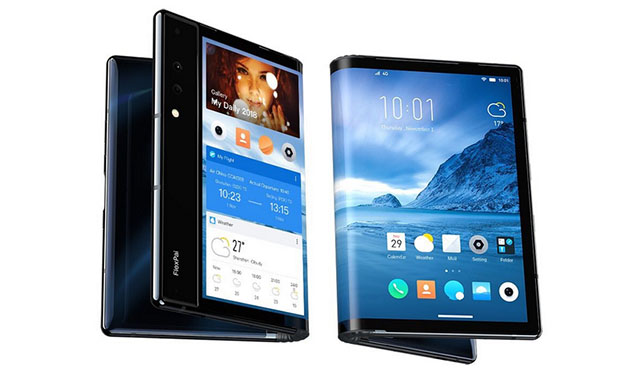 Tech company Royole has introduced the world’s first commercial foldable smartphone. The foldable trechnology might not be new to the market but Royole has a different perspective and has differentiated itself by labeling its FlexiPai device for a tablet and smartphone. The device can be used when folded.

The company says that the device has the “portability of a smartphone plus the screen size of a high-definition tablet.” The unique FlexiPai has a 7.8 inch full-color display with a 4:3 aspect ratio and 920 X 1440 resolution. The best part is that the device can be folded from 0 to 180 degrees and has three screen types when it is folded, Primary, Secondary and Edge. The FlexiPai comes with one 20 megapixel camera and another 16 megapixel which can be used to take phone calls and photos from either side of the phone when it is folded.

The device uses the native Water Operating System by Royole and is based on the latest Android 9 Pie. In terms of storage expansion, there is a micro SD slot and a 3,800 mAh battery that lives underneath the Royole FlexPai which is expected to be long standing and not removable. One thing has to be made clear that the FlexPai is not the final device and more of a prototype.

Dr. Bill Liu, the Royole Founder and CEO said, “The Royole FlexPai foldable smartphone provides mobile phone users with a revolutionary, different experience compared to traditional phones”. Liu added that it solves the contradiction between the high definition large-screen experience and portability that introduces a new dimension to the human machine interface. The Founder also said that the inherent design of the phone will change the perspective of the consumer electronics industry and also the way people interact and perceive their world. The device is at present as the developer model and is available for purchase at the price of $1318 USD.