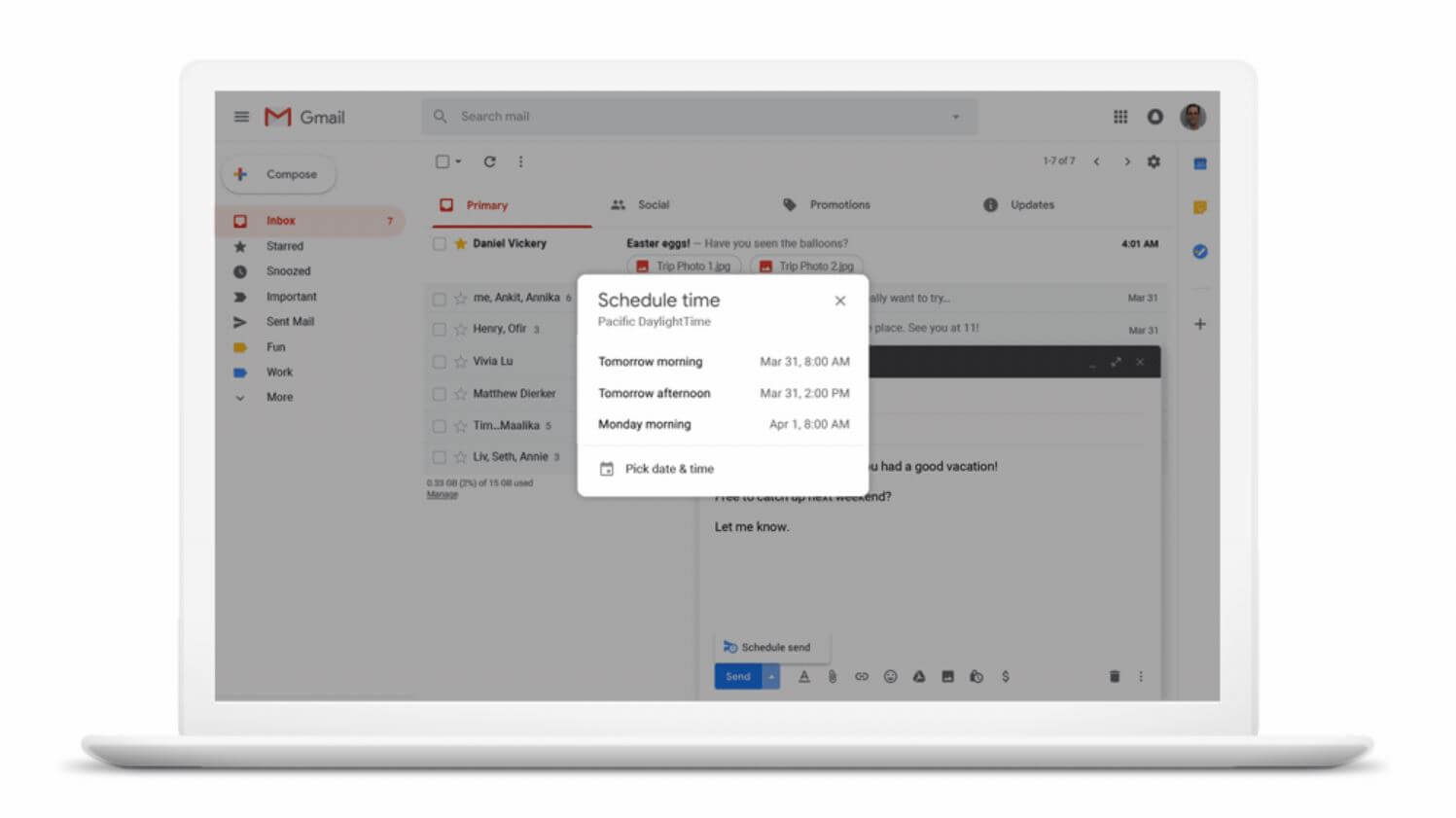 Google’s Gmail has turned 15 years old and to celebrate the occasion, Google is launching some minor updates while improving the Smart Compose function of service. It will give the users an option to schedule emails. However, the updates to the Smart Compose are so far not so clear and are vague. The feature was unveiled by the search engine a year back in May 2018 which had suggested ways to finish sentences in emails.

According to the updated version, Google says that it can adopt the way the users write and matches your individual writing style. The search engine says that this might mean that Smart Compose remembers the preferred way of the users to greet certain colleagues fir instance Hey Team, but has not offered any more details than that. Moreover, Smart Compose will now suggest subject lines that is based on the body of the email.

The search engine has also said that Smart Compose has saved people from typing “over 1 billion characters each week” on the web and the feature will now be available on Android devices. This was something that was announced earlier in March, 2019. The feature will soon be coming to the iOS devices also.

Another important update to Gmail is its new ability to schedule messages. The users have to just click on the arrow button next to the send button in the compose window and will bring up to schedule the mail later. There are options to select from presets like tomorrow morning or specify a particular time and date. However, the users were earlier able to schedule emails through third party extensions but now it is much more convenient to have power built directly to the client. It is also a useful feature to communicate across the time-zones or setting up reminders for friends and family. These are minor updates, but are enough to keep it popular since 15 years of its launch.
Photo Credits: Tech spot