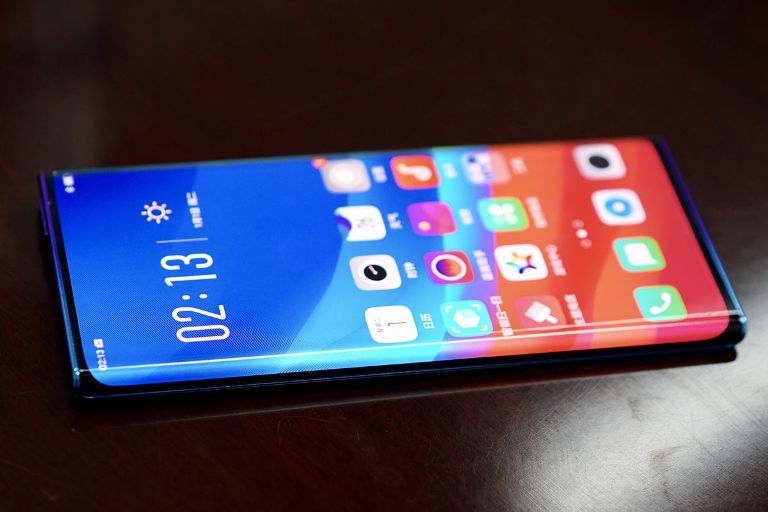 Smartphone manufacturing giants Vivo and Oppo have adopted the all-screen, notch-less on their smartphones. But now Oppo is exploring new boundaries and is trying out a new curved display. The company recently showed odd a prototype device packing a waterfall screen that features an aggressive 88-degree fold on both left and right sides. When viewed directly from the front, the bezels are practically visible that gives the device an even more premium look than today’s curved screen phones which is the Oppo Find X.

Oppo stopped sharing more details like the specifications, dates, and did not also comment on if the new feature would make it more prone to drop damage. Moreover, a leaked glass piece had suggested that Vivo is also working on a similar tech for its smartphones and possibly for its upcoming NEX 3 flagship. It would be interesting to see which of the two sibling companies will be the first to bring such a feature to mass-produced device.

Still the market and the gadget enthusiasts are eagerly looking forward for the arrival of foldable devices. Oppo is also working on the foldable devices. It is also working on under the screen camera and is eagerly looking forward to it. Till the company successfully launches its unique and inexpensive folding device, the smartphone enthusiasts can be satisfied with the new all-screen design. However, the company has to assure that the new design will not be a worry factor due to its glass sides.