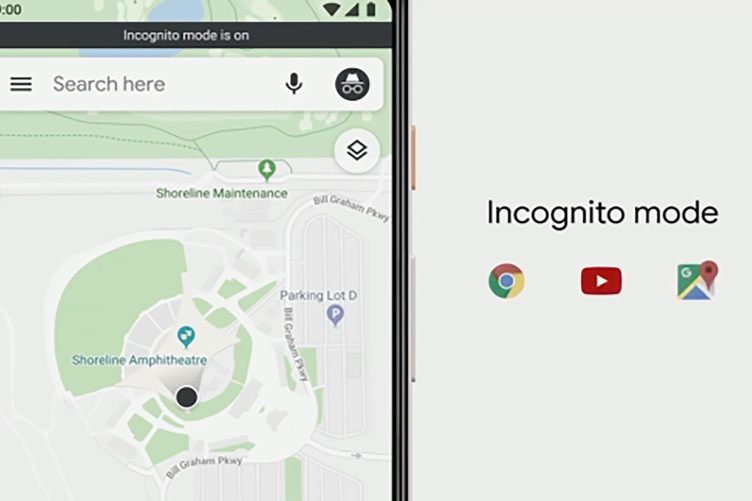 Search engine giant Google has finally started rolling out the Incognito mode feature to its Google Maps users. The feature had firs made its debut in the Google Chrome browser more than a decade back. The privacy-focused feature was first announced during the Google IO developer conference in May, 2019. It was first seen in Chrome in 2008 as a way to shop for presents for loved ones on a shared laptop or desktop PC without Chrome tracking the user’s web browsing history or Google searches, or any other web activity.

The feature was also rolled out to YouTube earlier in 2019 as a way to search for clips and video channels without leaving a trace. Now it is all set to come to Google Maps. When the Incognito mode is enabled on Google Maps, any activity that takes place during that session, from the places the users search for, the route that is planned for the journey, it will not be saved to the Google Account. The search engine will not be using the information that it gleans from the activity to personalize the user’s experience in Google Maps either.

This means that the restaurants the users look-up while in Incognito Mode will not appear in recommendations or points of interest on the map in future. However, it is otherwise very different from Google Maps’ usual behavior , that uses the activity and searches to try to tailor the experience for the users to go forward. This is not something the users will necessarily want if they are looking up a sensitive location like a hospital, a place of worship, or a family planning centre. This is crucial especially when the device is shared with someone else.

The Incognito mode can be made active by tapping on the profile picture in Google Maps. The feature is due to land within the Android app in the coming weeks and on iPhone and iPad soon.