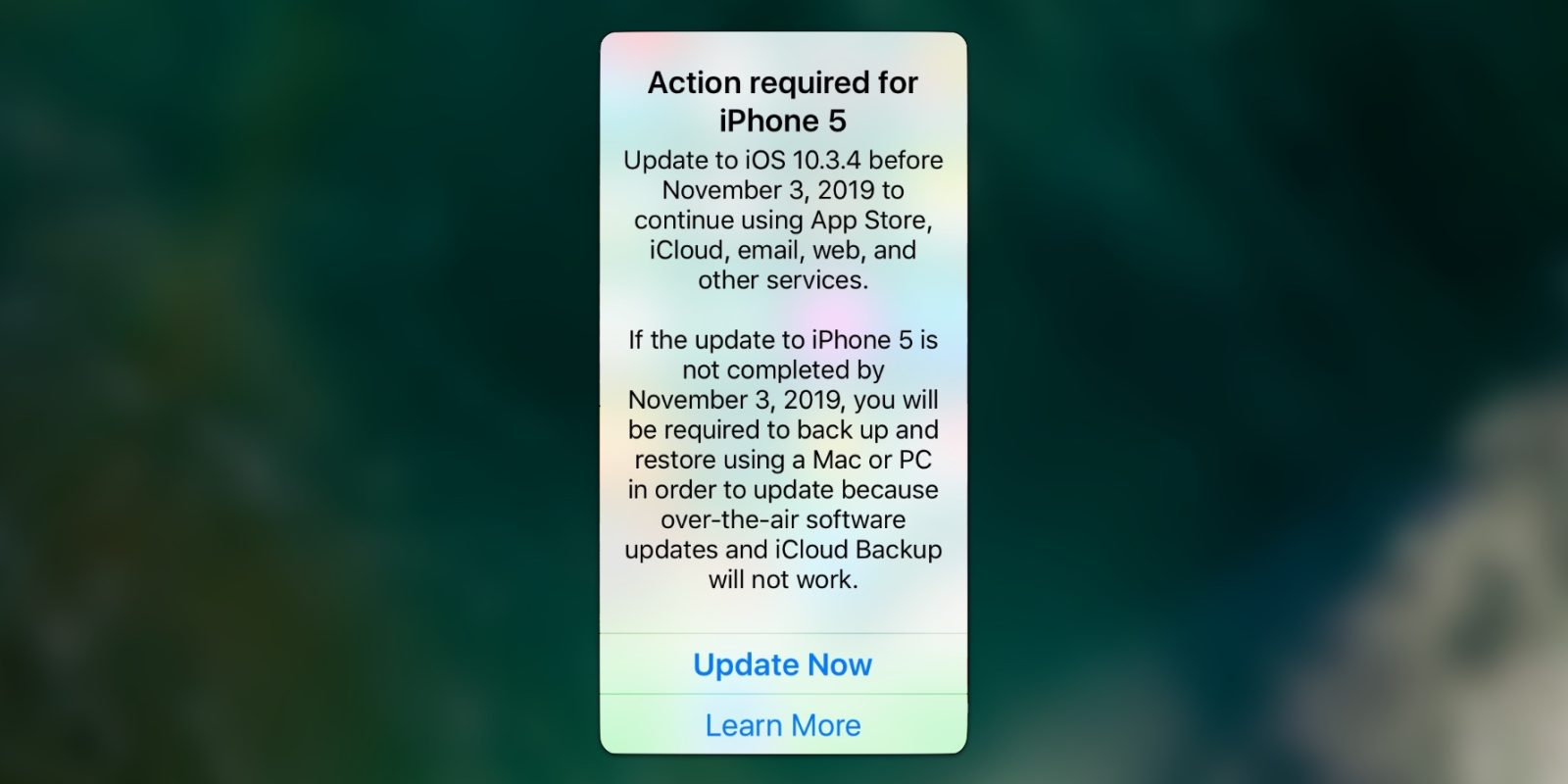 Updating software for the iPhone users has become quiet an issue these days. For now the users of iPhone 5 have been warned by Apple that they need to update their software before the upcoming weekend. Of the iPhone 5 users fail to do so, they might face losing access to the internet. Apple has clearly noted and announced that the users need to download the iOS 10.3.4 before November 3, 2019 or they will be locked out of the feature that depend on the accurate time and date.

The services that depend on the time and date include storage service iCloud, email, App Store and web browsing. The update is not the latest but is the most up to date that is currently available for the model in question. The issue is not just with users of the iPhone 5, but even the users of the older models have been advised to update their respective software to keep in pace with the GPS location service. In recent times, the users of the iPhone 5 have been receiving messages that has urged them to update to the latest iOS.

The users have an option to update the software wirelessly or by PC before November 3, 2019. After the device has been updated, the users have to connect their iPhones to a PC or Mac as the wireless updates will no longer be able to work. The iPhone 5 users have to just make sure that they are using the version 10.3.4. Apple has also appealed that people who are using the iPhone 4S or some older versions of the iPad must download the latest software to make sure the GPS service is not interrupted. Even the owners of the iPad Mini and the fourth generation of iPad along with the older versions, need to update their software.

The owners of the new models need not be worried. Even the Wi Fi only models will not be affected.