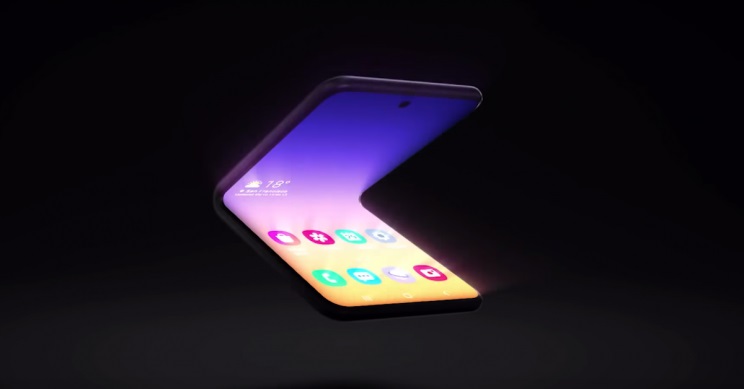 While the craze around the Samsung Galaxy Fold is yet to die, the South Korean giant had earlier clarified that it is working on a new foldable design that will be like a clamshell. A prototype is soon expected to be rolled out in China. Some of the recent reports and a few leaked images have given an idea of how the new Galaxy Fold with a clamshell design would look like. The device shown in the images has shown it about half the size of the Galaxy Fold.

So far no idea has been given about the internal specifications of the device but going by the leaked images, a punch-hole camera can be seen just below the ear—piece. Since there is no chin to the device, it allows the unfolded screen to extend all the way to the bottom. The characteristics that have been mentioned, actually match with the clamshell concept that Samsung had shared during the Developer’s Conference. The fresh leak has also revealed a few new features on the next foldable device by the South Korean giant. The new foldable Fold will have an outer notification screen which is similar to the RAZR that is priced at $1,500. But the Samsung version is a much smaller one compared to the Motorola device.

There is also a couple of cameras on the clamshell Fold along with an LED flash light. The RAZR device has just one rear camera. The top right side of the device has volume buttons along with what it looks like a fingerprint reader. SO far it is not clear, if the clamshell version of the Fold has taken the power button as well. People are also curious about the hinge design, which is not clear so far.

The leaked device is expected to be a prototype and it will be interesting to know how Samsung will be executing the device.