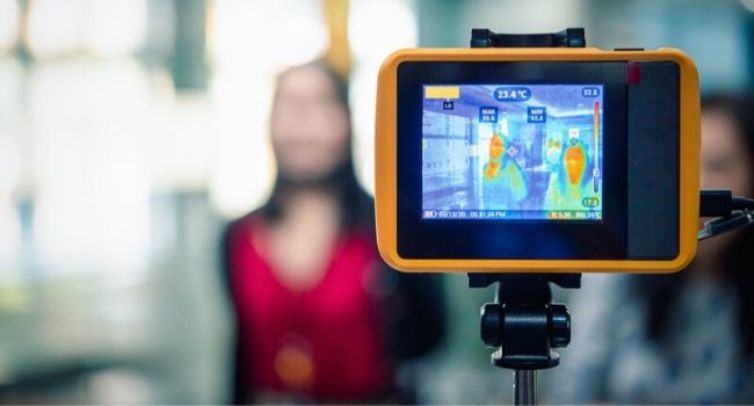 The coronavirus outbreak across the globe has allowed people to find more ways of detecting who might be infectious or might be contagious. Thermal cameras are promising devices which can prove to be a boon to companies in future to determine if an employee could have fever (which is a potential symptom of coronavirus). The camera is used to scan the temperature from a safe distance and if an employee has fever, then he can be referred for further tests and could also be denied entry in to the venue.

Chris Banter, the director at global business development at FLIR Systems said that thermal screenings will become a part of the normal life and can be used as a frontline tool. FLIR Systems produces thermal cameras ever since the SARS epidemic that had broken out in 2003 and its usage was widespread across the Asian continent. Apart from FLIR Systems, the other companies like Thermal Guardian, Flexible Systems, Crowd Rx and many more have been making thermal cameras that are widely used for screenings at airports, apartment buildings and healthcare centres. The devices are also used in New York where the pandemic has hit really hard and the cases of infections are significantly high.

One of the stores in Georgia has already set up thermal cameras that scans the customers before they enter the store. The customer whose temperature is above 100.4 degrees are asked to leave in order to protect others. They are also offered if the store could shop on their behalf. The goal behind temperature screening is not to determine temperature measurement, but detecting the individuals who have elevated body temperature higher than the last ten people who have been screened.

Bainter has predicted that such cameras could play a crucial role while reopening the economy which is currently under lockdown. He also dismissed the privacy concerns or worries that a particular technology could be the beginning of surveillance trend.