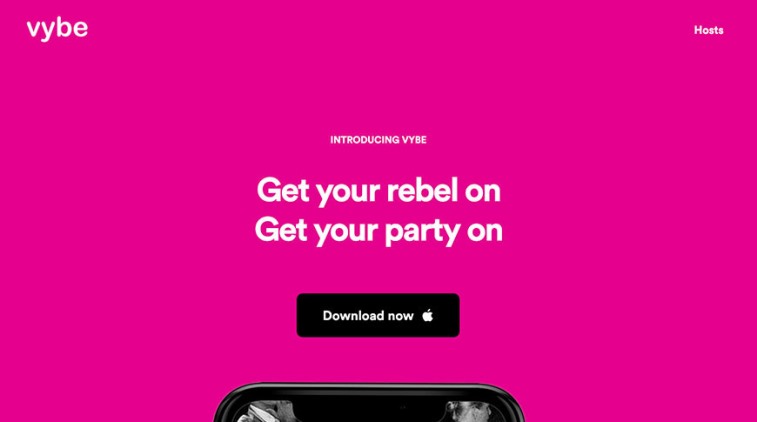 The year 2020 has been a rough year due to the coronavirus pandemic. This is a time when people need to follow social distancing rules and need to remain at home as far as possible. But amidst the pandemic, there has been a controversial app that promoted secret private parties during the pandemic. But now the iOS app has been identified and has been removed from the App Store this week.

The app was called as Vybe Together and was launched to allow people to promote secret parties that should not be happening during the pandemic. The website of the app said, ‘Get your rebel on. Get your party on’ which was also taken down. The application focused on providing a platform for the users to organize private and underground parties and helped to promote them to people who wanted to participate. People who were approved to join the party, received the address of the event two hours before it started off.

The app was removed from the App Store all of a sudden and its official TikTok account has also been suspended. There are still a number of regions across the globe that consider a party with reasonable number of people as illegal due to the pandemic situation. However, it is still not clear as to why Apple had approved such an app in the first place. Albin, one of the founders of Vybe Together said that the app has a few thousand users and it started to become popular after a few demo videos were posted on TikTok.

In order to gain access to the app, the users had to share their Instagram profiles so they could prove that they were not someone who were spying on an event to report them. So far it is not clear, if the app has been able to contribute to the unauthorized events since it was launched. It has just 25 ratings on the App Store since it was launched.