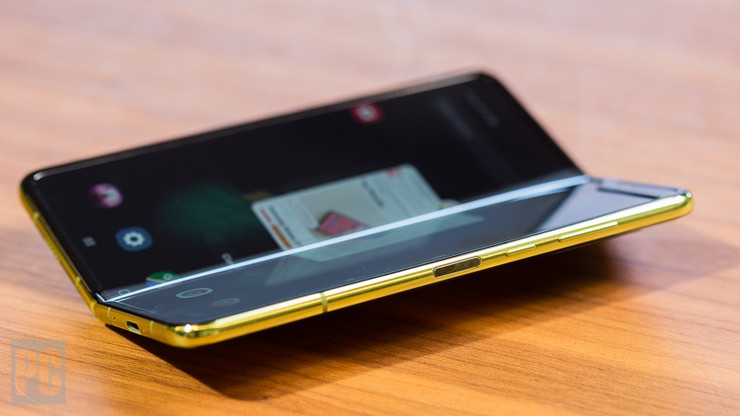 Some of the recent reports said that a few review handsets of the much awaited Galaxy Fold smartphone faced a road block due to a few issues and due to that the shipping of the device might be delayed. But the south Koran giant is now planning to announce a new release date of its Galaxy Fold. Co-CEO DJ Koh, the one who is responsible for Samsung’s mobile business, while talking to a leading daily said that it has reviewed the defect that was caused from substances that had entered the device and they will reach to a conclusion over the launch in a day or two.

Reports say that the company might have found a solution to the problem that was encountered by the own Dieter Bohn, whose Galaxy Fold review unit that developed a bump under the screen after just a day of use. The South Korean giant is also planning to improve the quality and durability of the hinge’s exposed areas. It will also be reducing the gap between the bezels of the screens and its protective layer. Some of the reviewers had unintentionally managed to cause screen malfunctions by removing that layer which was shipped like it was a regular disposable screen protector.

Koh also assured that the launch will not be too late as he responded to a question of the Galaxy Fold might ship in the US within a month. A day before it was reported that Samsung would cancel any of the pre-orders if the phone does not ship by May 31, 2019 unless the customers notify the company otherwise. But now it seems like the company is planning to release the device sooner than it might be expected.