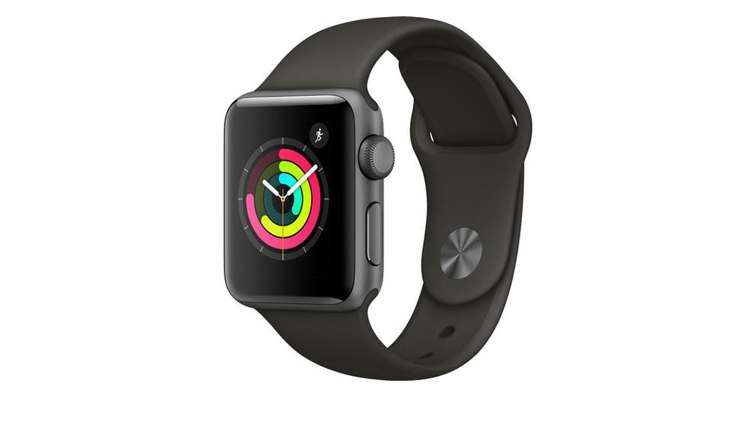 Thanksgiving is here and so is Black Friday. It is time for the tech giants to offer some lucrative deals for the gadget enthusiasts. Amazon has also listed a number of lucrative deals for the buyers. Many of the items have been listed well below their usual prices. One of those gadgets is the Apple Watch which is on sale. The Apple Watch Series 3 can be bought from Amazon for $200 and has been discounted by 13 percent with a saving of $30.

The device has earlier gone on sale for $300 which means that the latest deal is a must catch and the buyers should not miss out on this. The Watch has a space gray aluminum case with a black sport band that can be matched with almost any outfit. The device is sleek and has a number of features like playing music, GPS, tracking the heart rate and also tallies the steps. The Watch Series 3 can additionally make and receive calls and texts and the users need not pull out their phones.

This makes it a small device that is packed with some cool features and has also received a number of positive reviews. Many of the users have said that the price of the Watch is worth and is surely a great device for people who are busy and also for those who are always on the go. One of the reviewers was all praises for the device said that the device is like a little miracle in a busy life as it allows to answer the phone when your hands are full.

Amazon has also cut the prices of the Apple Watch Series 5. The price cut for this device is not much but does make a difference. The Series 5 that is usually priced at $499 is now priced at $464 on Amazon. It is time to act fast as the stocks might not last long.