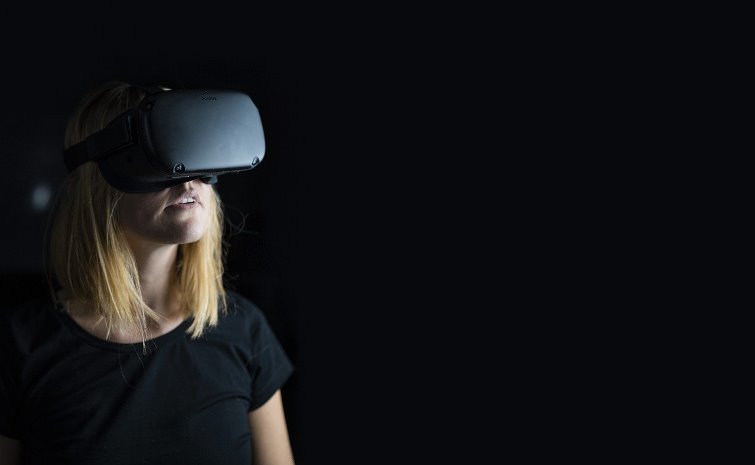 Advertisements are indeed a great source of revenue for a number of companies. After the prints, they have also been a part of the videos online including the ones on the social networking sites. Now Facebook has announce that it is all set to include VR ads for its headsets. The feature will be in testing mode first. The social networking giant had first started testing the advertisements on its Oculus mobile all in May, 2021.

But now Facebook is ready to take it to the next level by testing it inside the Oculus Quest VR Headset. The ads will be first tested on the game Blaston by Resolution Games and will also be released to a number of other apps in the upcoming weeks. The Oculus Blog released a GIF that hinted of an in-headset advertisement and gave the idea that the players would be allowed to point at the ad to click on a link and save the link for later. The players will also have more options with a drop-down menu that will allow them to report or hide ads. There will also be an option for tweaking user preferences.

The blog has also given an idea that the ads on Oculus will have the same privacy policies like that of Facebook. But the conversations with the friends on the Messenger will not be targeted for ads. Even the information that is stored locally including the movement data and voice recordings will also not be used for target ads. But if the user clicks on the in-headset advert then the social networking giant will also get information if they have interacted with it.

A spokesperson from Facebook also said that the system will be using data from the user’s Facebook profile. The information shared will also include the installed, viewed content, activated or if they have subscribed to an Oculus app and more.