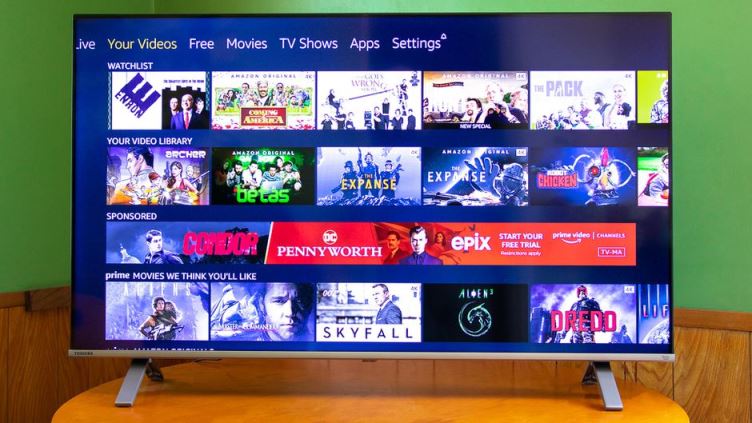 E-commerce giant Amazon has spread its wings in to a number of businesses. The company is now planning to launch its own TVs in the United States and the TVs are expected to be launched as soon as October, 2021. This means that if you are planning to shop for some electronics on Cyber Monday this year, there are chances that you might also come across the Amazon options. If things work out then they would be just in time for the holiday season.

Reports say that the project by Amazon has been under development for more than two years and the Amazon Devices, Lab126 along with the R & D division was behind the designing of the products. It is the same team that was responsible for the Kindle and the Echo speakers. But the models that will be launched in the month of October, 2021 were designed by some of the third parties including TCL. The in-house team of Amazon is reportedly designing and working on a new TV. But it is still not clear if the that TV will also be launched in the United States in the upcoming months.

It has also not been clarified by the company if the TVs would be running on its own Fire TV software. Not many are aware that Amazon already sells the TVs that run on Fire TV and they also carry the brand of the manufacturer. The upcoming TVs by Amazon will have its branding even if they are made by the third party manufacturers. It would be similar to the AmazonBasics TVs that it sells in the markets like India.

The company had launched its 55 inch and its 50 inch TV model under its AmazonBasics brand in 2020. The models that will be launched in the United States will include a range between 55 inch to 75 inches. More information is expected to be out soon.