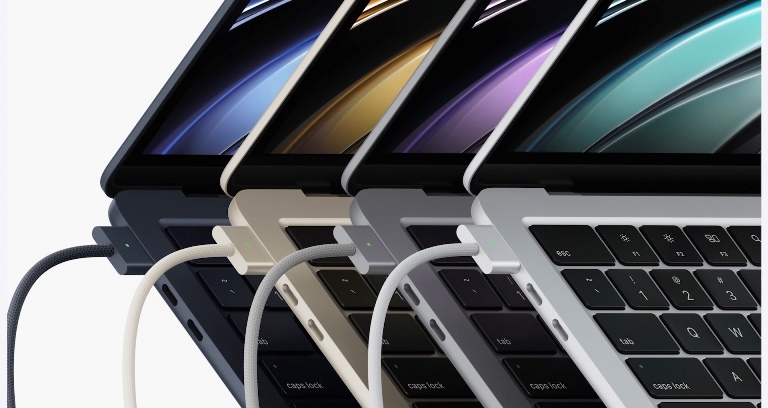 Apple released a new blog post that has mentioned that it will begin taking orders for the newly designed 13.6inch MacBook Air starting from July 8, 2022 at 5 am PT. After the order is placed the device will arrive at the doorstep of the customer. The new MacBook Air will be available for same-day retail purchase from July 15, 2022. This will mark the second Mac to be launched with the Second Generation M2 of Apple system. Earlier it was found on the M1 in 2020 which has a faster memory and bandwidth along with graphics and a significantly improved CPU performance.

The same chip is also found in the 3 inch MacBook Pro. It was noticed that the M2 offers a 10 to 15 percent improved CPU performance when compared to the M1. The MacBook Air comes with an eight-core GPU configuration and an optional 10-core upgrade. It will also be the first to have a first major chassis redesign along with a visual make-over that has not been seen in many years. Apple has this time given up the tapered design that is Air is usually known for having a boxy and flat look.

The new 2022 design is 0.44 inches thicker and has also brought back the MagSafe Connection from MAcBooks but with a different design. This was previously seen in the 16 inch and 14 inch MacBook Pro that was introduced in 2021. The new device has a taller display and minimal bezels along with a camera not that might resemble like one found on the iPhone. The new MacBook Air comes in space gray, silver, starlight and midnight colors.