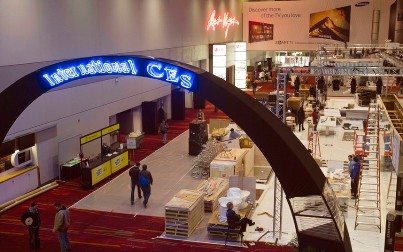 The Consumer Electronics Show (CES) 2013 is in full flow and wide arrays of gadgets have been unveiled. Some great gadgets, superior technology and all the big names are present at CES 2013.

2. A Sculpteo 3DP iPhone case was unveiled. The case did look quite fancy.

3. Sony Mobile Communication showcased its Android Xperia Z. The phone has a 5-inch full HD 1080p screen, powered by an S4 Quad-core processor. It also has a 13-megapixel camera.

4. Lenovo came up with quite an exquisite gadget of its own. The 27-inch IdeaCentreHorizon table PC.

5. The series 7 Chronos laptop by Samsung with a Windows 8 interface. It was showcased by Michael Abary – Senior Vice president; Samsung Electronics America.

6. Huawei launched its Ascend Mate Smartphone which has a 6.1-inch display and is powered by a 1.5 GHz Hi-Silicon Quad-core processor.

With 3 days of the CES yet to go, there are a variety of gadgets that will sure drive techies crazy.