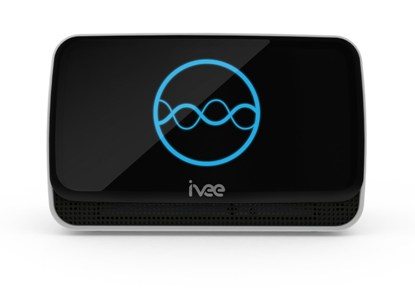 Tech company ivee is trying to go beyond the realm of what is perceived to be normal by attempting to control multiple home appliances with the human voice. A prototype of the device was unveiled at the Consumer Electronics Show (CES) being held at Las Vegas, USA.

Ivee already has a similar device in production in the form of an alarm clock that takes verbal directions to set itself. The ivee clock will respond to users when spoken to, for example, if one says ‘Hello ivee’ the clock will reply back with a ‘Hello’.  Thus users can set the time and alarm as well using voice control.

The company is now ambitiously trying to control other home appliances using this technology. The ivee device will connect to other devices via Wi-Fi and then send them signals to perform tasks, the commands for which will be given by the user to the ivee device verbally.

Founder of ivee Jonathon Nostrant displayed a demo for the device at CES 2013, wherein he tried to connect to a Belkin smart plug and a Nest thermostat. The ivee device did not act consistently with the other devices, the main reason being that other companies have not shared their API’s  and programming interfaces with ivee.

However, as a proof-of-concept the ivee voice-controller looks to reinvent the way we live at home.