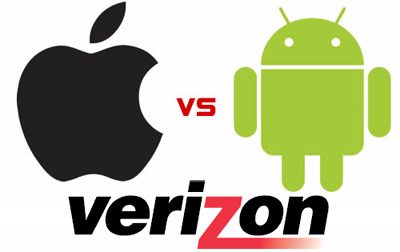 Gadget Herald: Verizon has finally clinched itself with the Apple iPhone4, which is scheduled to launch early next month, but as of now what does this mean to Android. People ask whether Android will suffer because Verizon acquired the iPhone deal. But the recent research has shown that the Android smartphones have made rapid development in the market and has surpassed Apple in sales.

If one compares the prices and tech specs of Android with the iPhone, there are quite similar and till one extent, the Android based systems serve a better experience. But the issue is not with the systems, rather it is with the fans who are on the opposing sides.

Experts believe that the Verizon iPhone will take away almost two million Android based units sales in the coming year. Many people around the world are buying the iPhone, if an Android based mobile is not available. Verizon on the other hand is quite sure about themselves, as they will satisfy their customers who will buy their product.