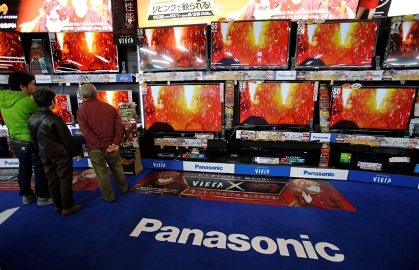 Japan-based company Panasonic has confirmed that it will halt the production of plasma TVs by the end of 2013. While announcing the latest news, the company cited the Lehman Brothers as one of the reasons for its decision.

The company stated that it has already halted the production of plasma TV panels at one of its factories and has suspended the production in another. Additionally, Panasonic announced that it will stop selling plasma TVs by March 2014, which will mark the end of its current financial year.

The company issued a statement which said, “With the rapid development of large-screen LCDs, and facing the severe price competition on the global market brought on by the Lehman Shock in September 2008, the company consolidated production in the Amagasaki P4 Factory, made a shift towards commercial applications and worked to improve the earnings of the business.” The statement went on to say that due to fast and significant changes in the business environment, as well as a decreasing demand for PDP in the flat panel display market, it was acknowledged that it would be difficult to resume production and the decision was made to halt it.

However, the company assured that it will develop new products for the display market. During the Consumer Electronics Show in January 2012, the company revealed its first OLED TV prototype.