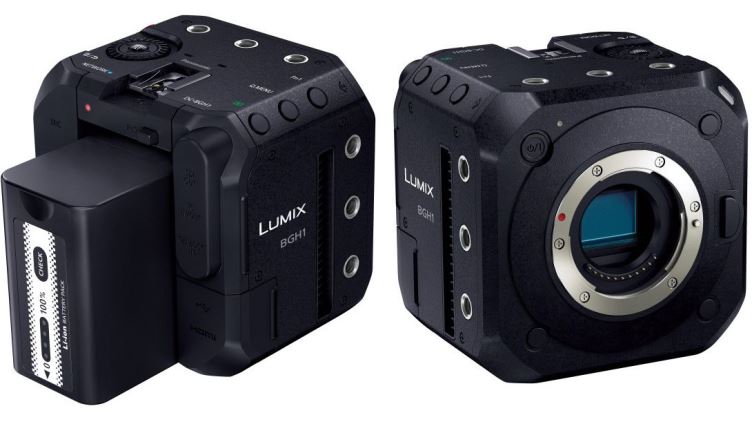 Japan based tech giant Panasonic has announced the new Lumix BGH1 camera which has a unique design. The company while describing the new camera has described it as a box-styled mirrorless camera that can also work as a live event camera. What makes it unique is its cubic design that has a Micro Four Thirds sensor. One of the camera sides is completely dominated by the lens mount. The new BGH1 is easy to install and has been designed to be expandable and versatile.

Panasonic has boasted that the new Lumix camera can be used under a number of situations like in drones, live streaming and also in complex set-ups. Some of the features include Power over Ethernet+ which means that it can be powered with the cable that helps to connect to the network. The best things is that about 12 of them can be controlled at once when it is accompanied with the Lumix Tether for Multicam app.

The camera sensor has 10.2 megapixel and helps to optimize the camera for 4K video recording. The Lumix BGH1 has the ability to shoot videos at 4:2:0 10 bit C4K/4K. The device also comes with an option that will capture in Hybrid Log Gamma for broadcast-ready HDR. Other features of the device include UHS-II SD card slots, 3.5 mm in/out jack 3G-SDI, Bluetooth and Wi Fi. It also has the ability to desqueeze the anamorphic footage over SDI, Ethernet or USB-C. The company is also launching a free SDK that will allow the users to create camera control tools that will also work with the USB.

With such promising features the Lumix BGH1 is all set to be launched in the month of December for $1,999.99. The company will be revealing more features of the device during a live YouTube launch event that will be held at 12 PM ET on October 13, 2020.