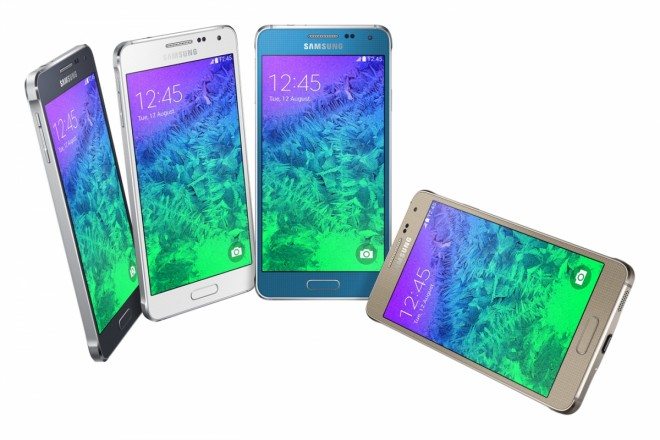 South Korean giant Samsung has an answer to the iPhone 6 Plus as it launched the Galaxy A7 smartphone. The new Galaxy A7 smartphone has a metal body instead of the usual plastic which gives it its volume. Samsung began to shift to the metal materials since 2014 and introduced the Samsung Galaxy Alpha and continued with the Galaxy A3 and A5 handsets.

But it has to be clarified that the new Galaxy A7 is not a sequel to the Samsung Galaxy Note 4 or the upcoming Samsung Galaxy S6. It is actually an add up to the Samsung’s line-up. It has a 5.5 inch screen and runs on Google’s popular Android OS and can be a promising phone considering the demand for big screen phones.

Samsung might have improved the outer shell quality but the components inside the Galaxy A7 has shown a budget conscious approach. The device has a screen resolution of 720 p instead of the usual 1080p found in most of the phones.

In terms of the processor it has a mid level Qualcomm Snapdragon 615 processor with 2 GB RAM and 16 GB internal memory and has an option to expand with a micro SD card. The new A7 has a 13 MP Camera and a 5 MP camera on the front for video calling.