LG G6 – Sturdy, Simple and Reliable. No Gimmicks this time around.

LG announced their newest installment to the G series the LG G6 in February 2017 at the Mobile World Congress 2017. LG, in the past seemed to throw features at consumers to see what sticks. This time around the latest LG G6 phone is built on core principles that make a smartphone great.

LG is known to make devices that seem concept phones at the least and offer no actual semblance to flagship grade smartphones. With the G6 however, they went with practical features that make sense, and it looks spectacular. 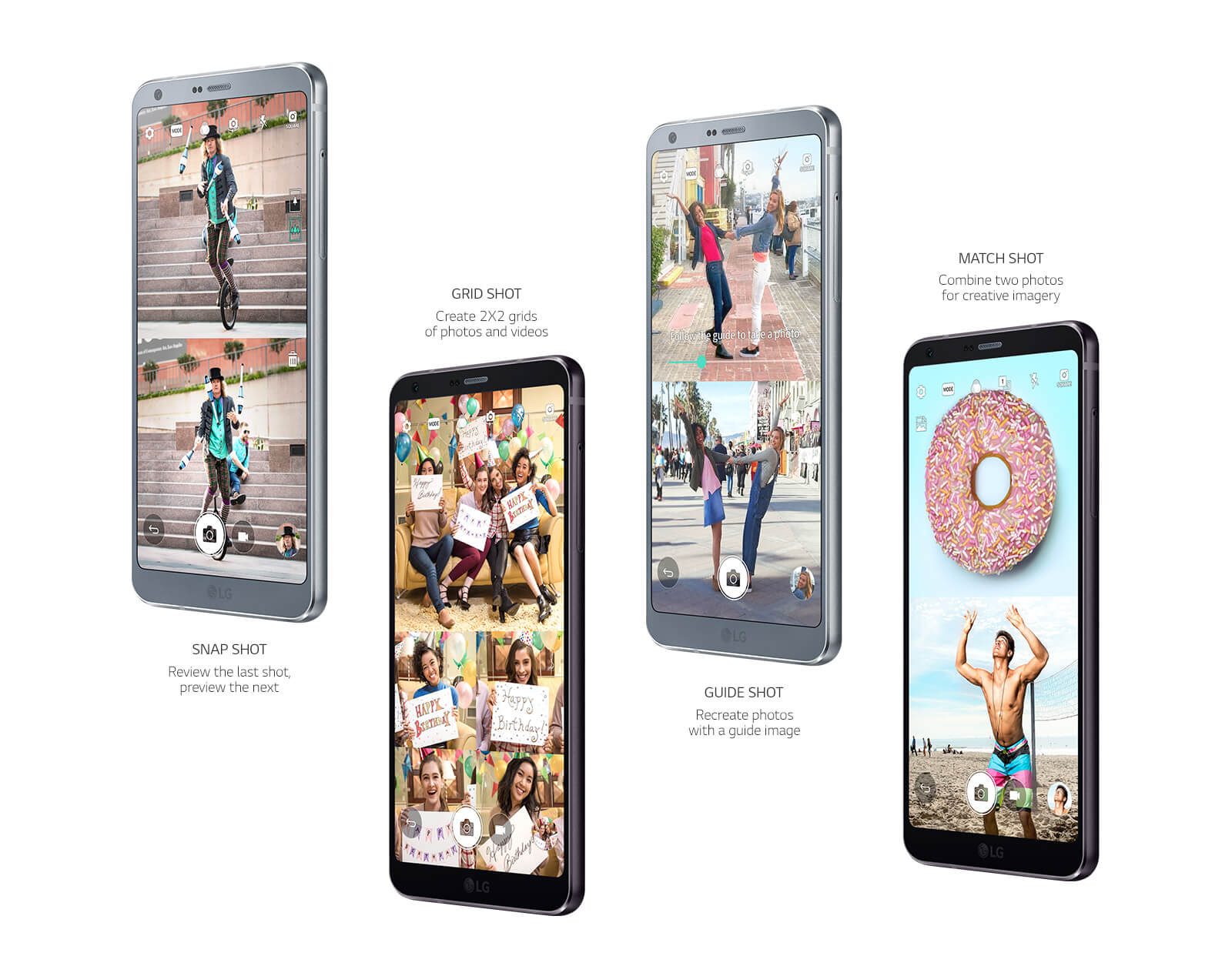 For starters LG decided to ditch the modular design of the G5 and instead went for a glass and metal design. The phone is made entirely of metal and glass, there is a metal chassis around the two slabs of gorilla glass.

The volume rockers are on the left and the power button is at the back of the phone which also doubles up as a fingerprint sensor. The back of the phone houses the dual camera setup, the primary shooter has f/1.8 aperture while the secondary wide angle lens has f/2.4 aperture and both are 13 MP shooters. The front of the device has a 5 MP shooter with f/2.2 aperture. 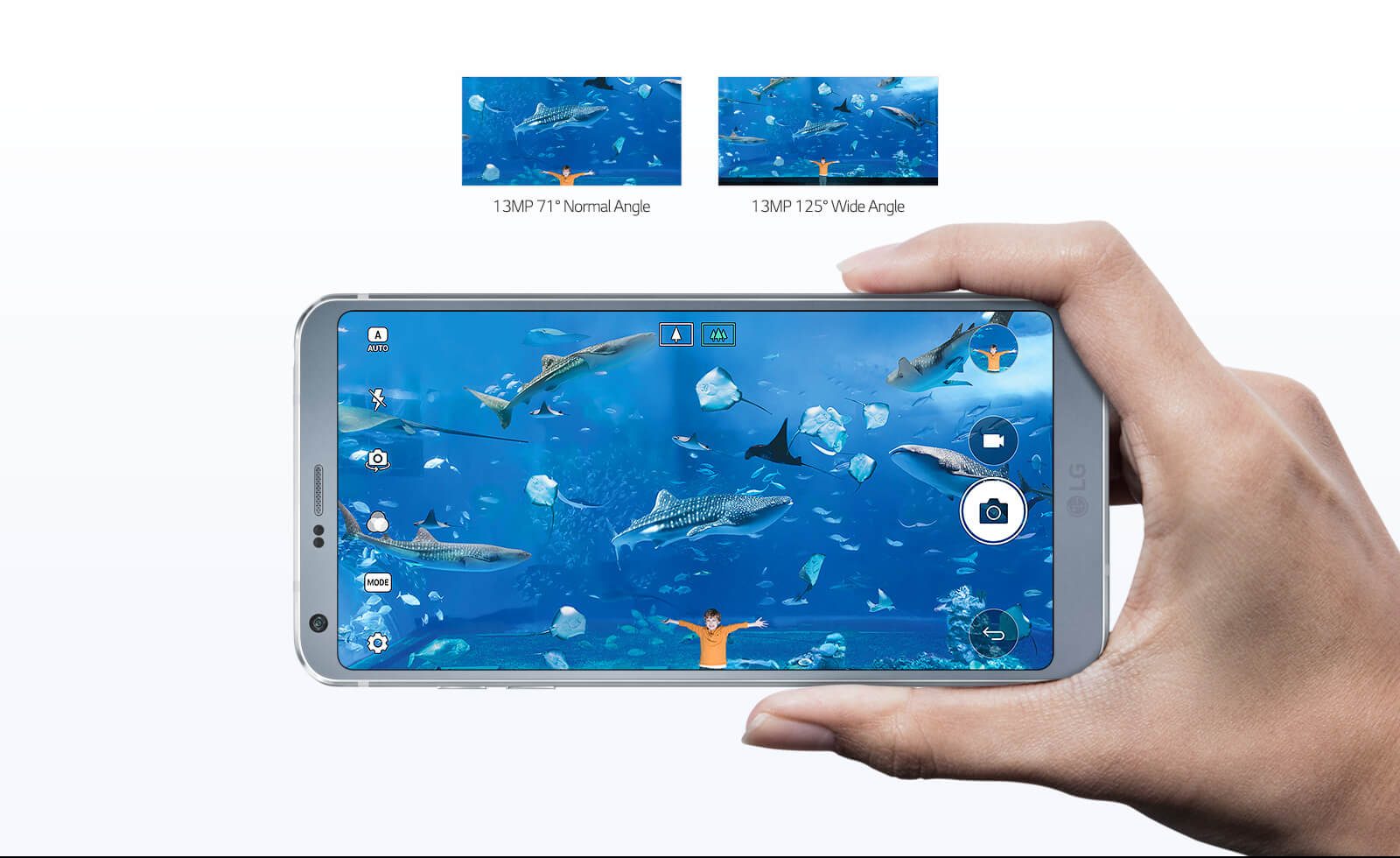 The best part of the G6 is the display and it is beautiful. The G6 has a 5.7 inch IPS LCD QHD screen with a resolution of 1440×2880 that gives it a pixel density of 564ppi. The display has an 18:9 or 2:1 aspect ratio to make better use of the multi window feature of Android Nougat which is very different than the screens we are used to seeing. The edges of the display is curved that gives the phone a unique look. The curved corners isn’t just for show, they help protect the display from cracking if the phone falls off your hands. The phone is slippery but has a relatively smaller footprint considering its monstrous screen size.

The G6 has a 3300mAh non removable battery that should last a day. Internally the phone comes with 4 GB of RAM and 32 GB or 64 GB of internal storage space which is expandable through a micro SD card up to 2 TB!. But the biggest current micro SD is 256 GB and that retails for about 200 USD so if you want 2 TB of storage you might have to shell out some serious cash. 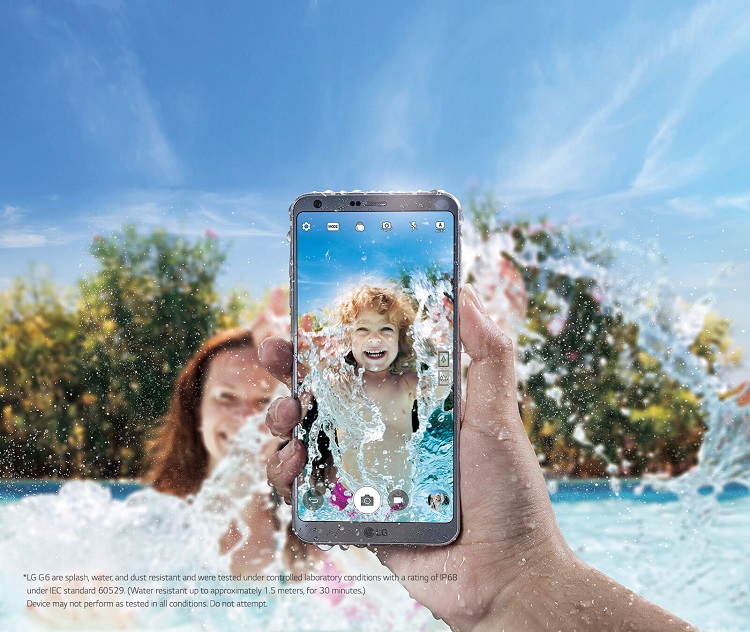 The LG G6 now is IP68 Certified, which means that your phone can survive up to 1mtr under water for 30 minutes and will still work fine. G6 comes with Android 7.0 Nougat out of the box with its own skin on top, the UX 6.0. The G6 also comes with Dolby Vision and HDR10 which gives the screen good contrast and color for HDR content.

Technical Specifications of the LG G6:

Let’s forget the mistakes LG made with the modular G5 and realize that the G6 is a solid Flagship contender for 2017. The G6 is a well-built solid smartphone with a cohesive deign and useful features. This is going to be one of the best flagship smartphones of 2017.