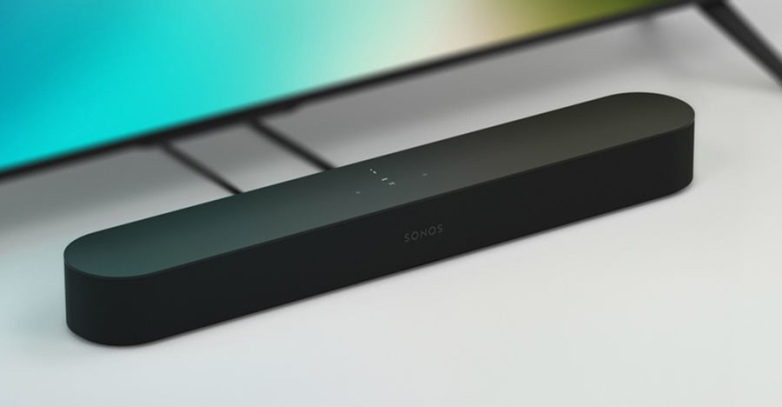 For those who like to listen to their music clear and loud, American consumer electronics company Sonos has announced its Beam sound bar on June 6, 2018. The Beam is a new sound bar meant for the living room and has a smart speaker functionality that is similar to that of the Sonos One Speaker. The Beam was announced at an event in San Francisco, California and will begin shipping from July 17, 2018.

The pre-orders of the Beam has begun on the launch date and has been priced at $399. The new device from Sonos is like a sequel to the existing Playbar and Playbase soundbars but the new device is priced less in a smaller form factor. The beam is 25.6 inches long while compared to the Playbar which is 35.4 and the Playbase measures at 28.3. Talking about its external features it has rounded edges and a few external markings with a fabric coating that runs on the length of the device.

The touch controls on the top of the device allows to control volume, helps change tracks, pause and mute the internal microphones. The Beam is also minimum on the port stand point and the company says it has just one HDMI-ARC port as well as an Ethernet jack with the requisite power port. The HDMI-ARC allows compatible TVs to send audio straight to a connected soundbar with one, regardless the source of the sound. The ARC has been in the market since about a decade and many of the TVs that were released in the past few years support it.

The Beam comes with the Alexa digital assistant by Amazon and it is capable of performing all the smart things like starting up the music streams, answering a few questions of general knowledge, setting timers and more. The Sonos has also been promising support for the Google Assistant with Alexa, but the company did not give any details during the launch event.