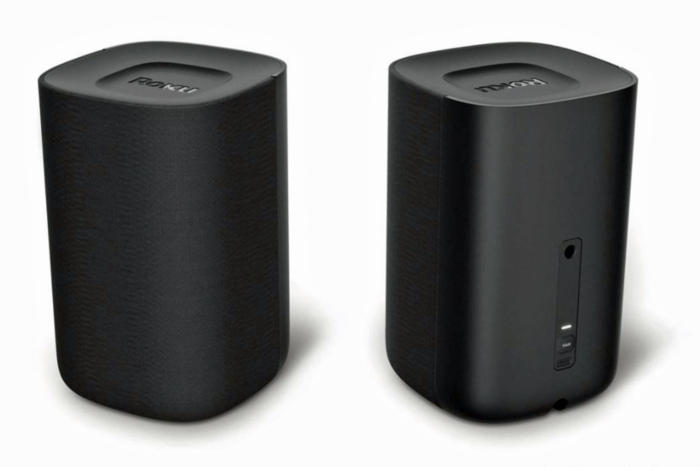 Japan based streaming players manufacturer, Roku has announced its foray in to the speaker market. The company was so far known for its set-top boxes and Roku TVs but now it has introduced its Roku TV Wireless Speakers. This is the first set of speakers from the company which will empower the Roku Connect Platform that was announced during the CES. The device will link up with the Roku-powered smart TV over Wi-Fi.

However, Roku TV Wireless Speakers do not have the goal of competing with the high-end hometheatre set ups but with the built-in speakers on the smart TVs which is otherwise a default option for the rest of the users. The new device by Roku is not for those who have an obsession with their sound system but for those who wish that the movies and music that they watch and listen, sound better without the need to re-wire the entire living room.

They can also be known as an entry level device who has just stepped in to a rather confusing world of audio equipment. During a demo of the wireless devices, the paired speakers offered a better and richer stereo sound when compared to the TV speakers. Even the music had a better range especially when it was played on a lower end. The audio was more detailed than without the speakers. The music enthusiasts, have to wait for the speakers to be launched to see an actual comparison with the competition.

For now it seems like the Japan based company has already managed to impress. Moreover, the devices are very simple to use as the users need to just plug the two speakers and press the connect button on the back and the speakers will wirelessly connect on the Wi-Fi to the existing Roku TV device. There is also a bluetooth option for those who want to play music from the computer or phone.