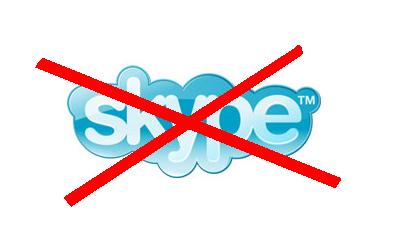 Gadget Herald: Skype, world’s leader in VOIP (voice over internet protocol) services, is facing a severe outage worldwide, as a result of which millions of Skype’s customers are undergoing problems.

The company has said that it will take a few more hours to get back online and resume their services to the world, and in addition to this it has also apologized for the inconvenience.

A Skype official wrote in his blog that, Skype is a system that is quite different from the normal cellphone and telephone services, rather Skype connects to computers and phones as it relies on millions of people who use them. Skype uses a methodology, in which the software finds a Supernode, a type of an online directory, through which Skype tries to find people who one is trying to connect to.

As of today, there is a problem that has risen in some versions of Skype, as many of these particular supernodes have been disconnected for some reason. Skype always needs these computers or supernodes to get connectivity via the web, but there is currently a huge problem that the company is facing with these machines. Skype’s engineers are now working to create ‘mega supernodes’ to contain this problem and bring the services back to normal.