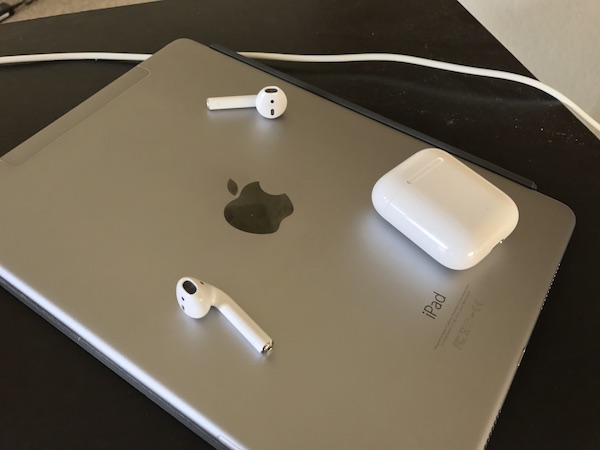 The upcoming second generation of Apple’s AirPods will be featuring a new design and an improved audio performance while the AirPower wireless charging pad will be launching in the spring. One of the leading dailies have claimed that AirPods 2 are all set to be released in 2019 and is expected to give a better bass response due to the improved internals. The earbuds and case will include a special matte coating to enhance grip which is similar to a coating that is used on the glass back of the Pixel 3 phone by Google.

The reports have also repeated that earlier reports that have suggested Apple’s second generation AirPods that will feature health monitoring features which include heart-rate monitoring. There are more claims that it will have an improved battery life and is likely to be more or less similar to the current model. The site has also said that the new AirPods 2 earphones will come in black and white colors and will be priced around $200 which is a $40 increase on the current price.

However, it cannot be said if the above details come from the same source or are just speculations. There are also reports that the AirPower wireless charging pad by Apple will be thicker than it was originally planned due to an internal 8-7-7 coil configuration and will be then ready to be released in Spring in 2019 along with the wireless charging case for the first generation AirPods.

Apple is expected to launch a standalone AirPods case that can be purchased as an upgrade for the existing AirPods to enable wireless charging. In November, MySmartPrice was the first to notice the new AirPods listings in Bluetooth Special Interest Group’s regulatory database and suggested a refreshed version of the device that would be coming in the near future. If the above details turn out to be true then it would surely be a treat for the gadget enthusiasts.