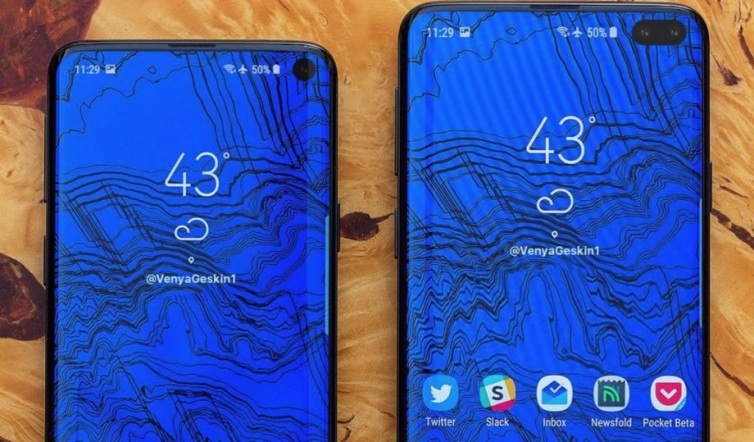 So far a lot of information about the upcoming Samsung Galaxy S10 has been leaked ahead of its February 20, 2019 launch. Even Samsung is not pretending that there are many secrets that are left to be revealed. The South Korean giant has started taking the reservations of the S10 in the US and is giving sign-ups a guaranteed opportunity to order the next generation phone between February 21 and March 7. So the hint here is that the S10 is likely to arrive on March 8, 2019.

People who are upgrading from the older phones can also get up to $550 back if they give away their outgoing handsets. For now the company is not spilling all the information, but there is not much that is left for imagination. During the launch of the handset, three versions are expected including a standard S10, a lower cost S10e and a top end S10 Plus. There are more reports that there will also be a special 5G variant , but there are chances that it might not be ready by that time.

All the above handsets are expected to be powered by the Snapdragon 855 apart from hole punch displays, in-screen fingerprint, readers and Wi Fi 6. Some of the models are expected to have multiple rear cameras and reverse wireless charging and there are also talks about the limited edition with a ceramic back, 1TB storage and 12 GB RAM.

People who are confused on why the campaign has suddenly come up from the company, there is infact a good reason. The smartphone market overall is facing a hit in sales due to rough economic conditions and a heavily saturated market which is in no rush to upgrade. Samsung is making all of its efforts to keep up with its sales figures. Even the Cupertino giant Apple is also facing a struggle with the sales of its handsets.