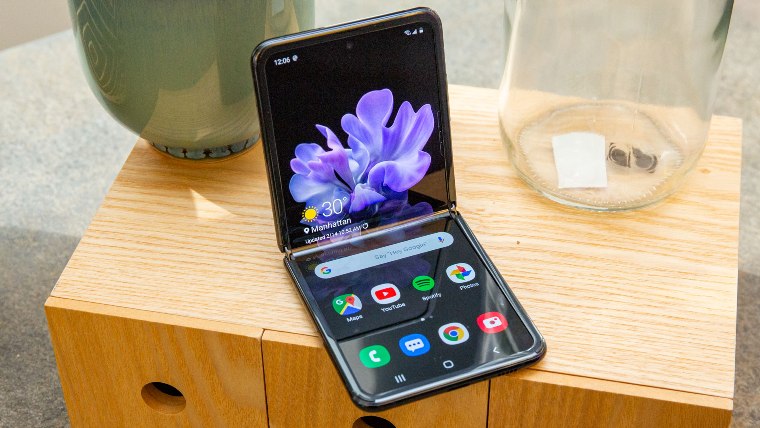 Just before the coronavirus pandemic had hit the globe, the trend of foldable phones had peaked. But soon the lockdowns in a number of nations affected a number of economies leaving the smartphone market across the world slacked. Samsung was one of the first companies to introduce its new generation foldable smartphone with its Galaxy Z Flip. Now the South Korean giant is ready with another foldable device Galaxy Z Flip 5G.

The new Z Flip is touted to be the best foldable device that the audience has seen so far this year. Samsung is also being appreciated for coming up quickly with a new version of its Fold after it failed to impress the gadget lovers with a number of flaws. Samsung announced the Galaxy Z Flip 5G on July 22, 2020. The name itself suggests that the phone will support the next generation network and the original version had missed out on that feature. The Z Flip has Qualcomm’s Snapdragon 865 Plus Chipset that has also been used on its previous foldable device and was also a generation older than that was used in the Galaxy S20 series.

Considering that the new Galaxy Z Flip has been priced at $ 1,450, the use of such an old chipset is surely not impressive. For now Samsung has not confirmed if it would continue to use the original Z Flip along with the 5G model. It is already been known that AT&T and T-Mobile will be selling the phone from August 7, 2020. For now Samsung is concentrating on bringing the Z Flip 5G to the hands of the customers so that the customers would be able to be better connected to the 5G networks.

The Z Flip 5G comes in Mystic Gray and Mystic Bronze like it has been seen in the Galaxy Note 20 leaks before. Some of the leaked reports had suggested that the existence of the Z Flip 5G was not a much of a secret.