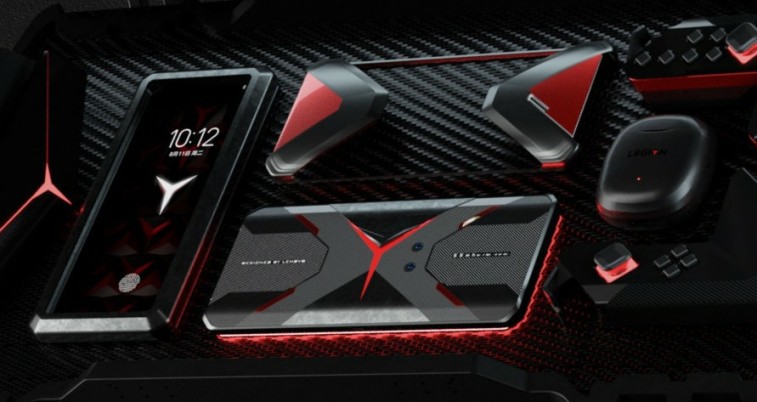 Lenovo is trying its best to standout in the smartphone market and has now launched its new gaming phone called the Lenovo Legion. Provided the device is meant for gaming it has high specifications and comes with a feature that might be hardly seen in any other smartphone. The Legion has a 20 megapixel pop-up selfie camera that has been place on the side. This might make it easier for the gamers to stream themselves in landscape mode.

If not, this can also be one of the first smartphone that has a unique feature. The camera that is placed on the side, can come out in 0.496 seconds and go back in 0.5 seconds which makes it the fastest pop-up camera so far. Lenovo has claimed that it has a lifespan of more than 400,000 activations. But the new Legion by Lenovo is not just all about the camera but also has some high end specifications. The device comes with a 6.7 inch AMOLED display with 144Hzrefresh rate. It is also powered by a Qualcomm Snapdragon 865+ processor with 6GB of RAM, 128 GB Storage and 90 watt fast charging. There is also a 64 megapixel main camera along with a 16 megapixel wide-angle camera.

The Legion has dual front speakers with RBG lighting along with an aggressive Legion branding. Lenovo in a video has mentioned that the smartphone will be launched in the Chinese market on July 22, 2020 and will be priced for around $670. So far the company has not announced of the device would be launched in Europe or North America.

Smartphone market has been slack even before the pandemic had hit across the globe. Now the pandemic has made things worse for not just the smartphones, but also for a number of businesses. Under such circumstances, it cannot be said if the people would be able to spend $670 for a gaming device.