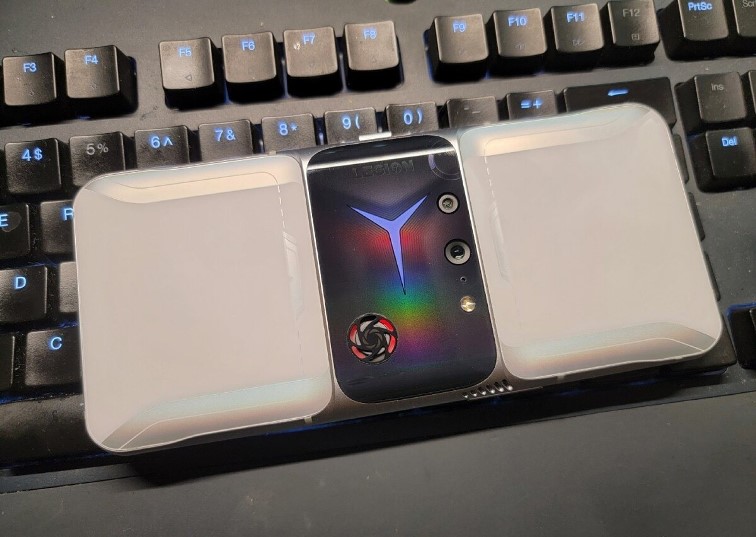 Gaming smartphones are certainly the future and Lenovo is ready to come up with one very soon. Images of an upcoming gaming phone by the company have been leaked and they look promising. The leaked images have given an ideas as if it looks like a gaming PC and a Michael Bay Transformer joined together. The images have certainly show something that is unique but it cannot be said if the gamers would be able to accept the design of it.

The feature that makes it stand out is the dual camera set up right at the centre of the device. It also has an active cooling fan, which makes sense as a gaming phone might get heated up easily due to usage. The looks of the device look very similar to that of a Transformer. Another factor that has to be noticed is that Lenovo is not the first company to add a cooling fan to a gaming smartphone. It was in 2019 when Red Magic 3 by Nubia also had a cooling fan placed inside a device.

Apart from that the market also has devices like the Black Shark FunCooler Pro which is best for people who have game phones. Even the AeroActive Cooler 5 by Asus is also an external fan that has been designed to cool down the gaming phone ROG Phone 5 Ultimate. Coming back to the upcoming Lenovo gaming phone it has been named as the Legion Phone 2 Pro and this might just be the beginning of giving gaming phones outrageous designs.

The first gaming phone by Lenovo was launched in 2020 and its designed was criticized by the gadget lovers for the pop-up camera that was placed on the side of the device. Reports say that the Legion Phone 2 Pro is expected to be launched on April 8, 2021 in China. It is still not clear if the device would be launched in other markets as well.