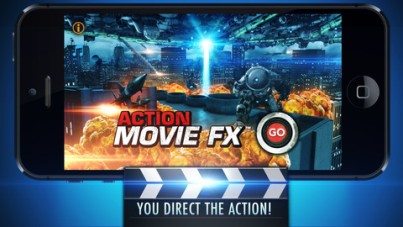 The year 2012 has had a plethora of applications that were available on smartphones and tablets. The iPhone, iPad and Android users had a variety of free and inexpensive applications to choose from.

1. Action Movie FX – This application, developed by Bad Robot Interactive, lets you add Hollywood-like special effects to your real life surroundings. All you have to do is switch on your camera, record something around you and initiate an effect that will completely change the scenario of the surrounding.

2. Songza – The free Songza (developed for Apple, Android and Kindle Fire) is a brilliant music streaming service with custom playlists that are created by music experts. The whole idea of this app is to make sure you have the right music at the right time. Users can select a playlist according to their location, mood, by genre and by decade.

3. Google Maps – When Apple decided to replace Google maps with ones of their own, they realized quite quick that it was one huge mistake. Realizing what they did, they quickly replaced Apple maps with the more reliable and updated Google maps, which bought a smile back to the faces of their consumers.

The above are definitely the top 3 applications to have hit the market in 2012. Some other really good apps were Snapguide, Pocket, Swiftkey 3 and many more.