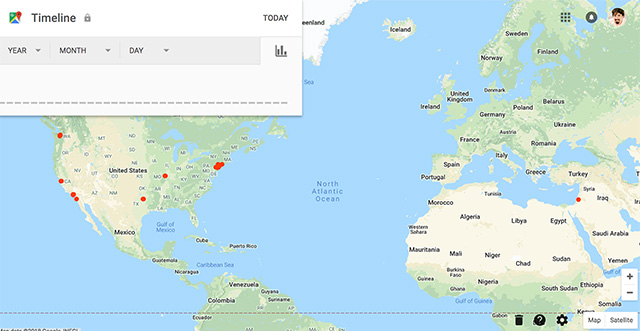 Since a long time, people have been criticizing about Google Maps on how it tracks your location even if you have asked it not to. The problem is that when you open the Google Maps, the company already takes the data and keeps it which is surprising but not completely unexpected. There is an option which is known as the ‘turn off location history’, but what it does is that it prevents the users from being able to see the timeline of locations.

The search engine does not apparently keep the data unless you hunt down to a hidden option which us entirely ambiguous. Users who are interested can go through a number of articles that explain on how to stop Google from keeping your location data. But this might not be necessary as a leading daily has been trying to find out through beta code in the new Google Maps update and has discovered that the company is testing a new mode which is known as ‘automatically delete location history’.

The mode will automatically delete the location history without the need for the users to enter a pesky menu and do it yourself process. This is a good yet arguably a long-overdue feature that gives the users back some control over how Google manages the private data. The beta version is known as 10.10 but there is no assurance that the mode will make it in to any final version of the app. But the search engine must be worried that the EU or other nations regulators are going to start asking difficult and expensive questions.

With the help of strict requirements on getting the users to opt it , instead of opting out , the search engine could be risking expensive rulings against it that could see a big percentages of its global turnover taken from it in fines. At the same time Google has to also realize that the public is becoming less tolerant to such kind of monitoring.