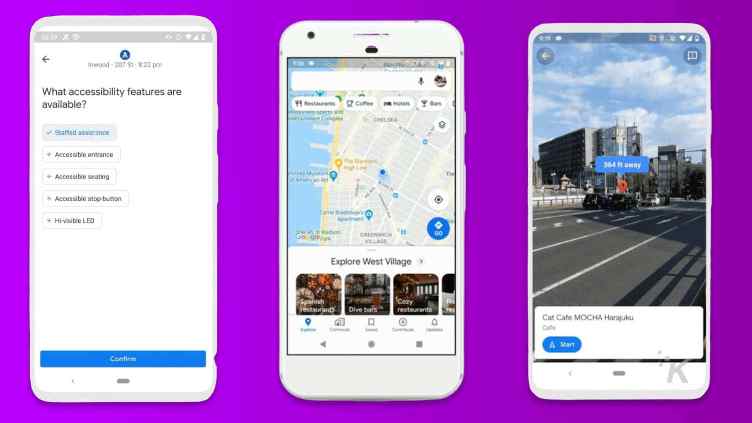 In some good news for the commuters, Google Maps is all set to get its biggest update in many years. The new updates will help to give more details to the commuters even when in the country side. It would also give better information for the people in their foot and the motorists who are travelling through some of the biggest cities on the planet. The company is also working to give the application an all new look.

Google has confirmed about its plans to rework on the whole design which will make it easy for some of the nature features like the deserts, mountains, dense forests and the man-made ones. The search engine giant has assured that the new and improved Maps will be available in all the 220 countries which are at present supported by the turn-by-turn navigation app ranging from the biggest metropolitan areas to the small and rural towns. However this would still be less in front of the Apple Maps launched in 2012 but has details which are on a completely different level. But it is rolling out across the globe on a very gradual level.

After the launch of the iOS14 the iPhone maker is all set to bring the next-generation maps in Ireland, Canada and the United Kingdom. Apple has started off redesigning its navigation service in 2018 which seems pretty slow for the iPhone owners. On the other hand the countries across the globe will be able to take advantage of the redesign by Google on the day of the launch.

Despite the launch, there will still be a few features that would take its own time to kick out on a full-fledged level. As per Google, some of the selected cities will be able to have the increased detail on street maps and more will be rolled out gradually. People in London, San Francisco or New York would be able to differentiate between the features of the street like zebra crossings, roads, pavements and even pedestrian islands. Earlier, the search engine only showed the streets.